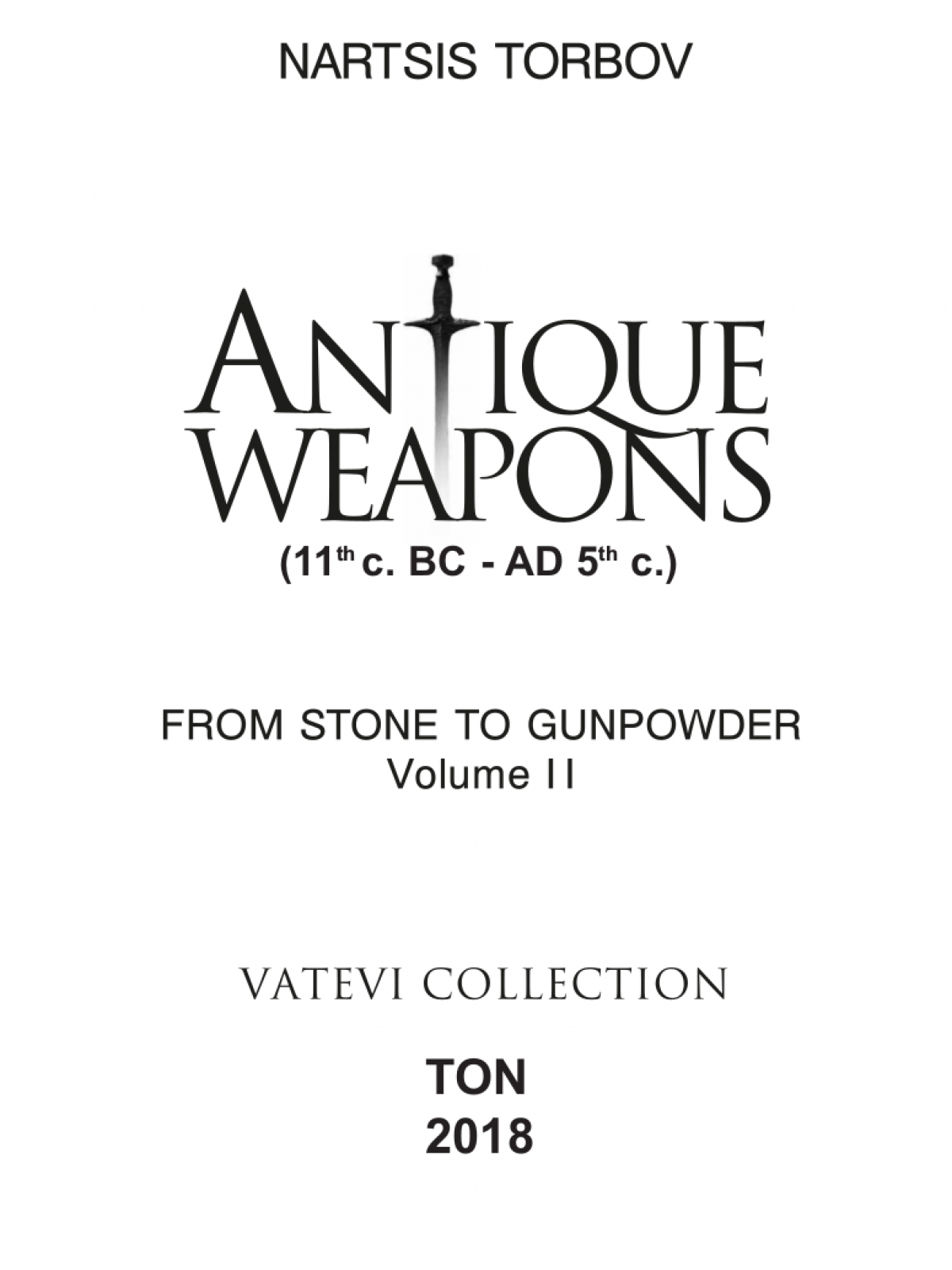 The title evokes an odd association of the Cataloguecontaining weapons each of them employed for murder and violence. That's right - I am convinced that almost any of the pieces presented has been an active contributor and witness to a bloody story. Still a clarification is needed - the owner of the weapon was forced to use it under circumstances unknown to us. One thing is certain - the weapon was providing the man's own self-protection - it guaranteed that he can survive and come back alive to his hearth and home. At the same time it was a symbol of warrior's manhood as he was proud to hold it and his skills to master it were reaching perfection. His confidence was prompted by the fact that the weapon had been produced by masters wielding the witchery of processing of iron - a single piece of metal they had transformed into a perfect work.

The owner of the weapons in the collection presented is unknown and mysterious. His personage is to be generalized depending on the broad chronological limits of the weapons' making and service. Thus the personage incorporates the Thracian warrior who for the first time touched the iron sword and recognized its strength compared to the bronze one. It also presents the man wielding frightfully the rhomphaea against the Roman invaders. It further comes with the warrior catching hold of the long Celtic sword. The collective personage merges with the legionary proudly raising his shield ready to defend the frontiers of the Roman Empire. The holder of weapons generalizes all the warriors born and raised or came and settled down, or even just passing through the today's Bulgarian territories. Some of them survived and reached old age, others soaked the battlefield with their blood. Nevertheless, the fate of all of them merged into one to design the glorious history of the Old Continent - Europe.

The structure of the work follows the one of the Catalogue. The latter contains only a share of the weapons from the collection - the most important ones scientifically and the most representative ones in terms of future museum exhibition.

Primary  attention  is  paid  to  offensive  weapons  - swords,  knives,  spearheads,  arrowheads  and  sling weights. The conditional distinction has been accepted that the swords are more than 50 cm long. The weapons defined as daggers or knives are shorter in length. The defensive or protective armour is of shields (umbos) and helmets.

The weapons included in the Catalogue and commented in the text belong to a long period of time covering the Iron Age (11th - 1st c. BC) and the Roman Age (AD 1st - 5th c.). They are both offensive and protective armour. The lack of data of their provenance makes their dating difficult. Centuries have been passed between their making and their condition today, and the corrosion has changed their initial shape. This circumstance prevents their affiliation to certain types and variants.

Possibly I have made some mistakes - so I am kindly asking the reader to be benevolent. My task has been accomplished; I have succeeded to open the door to an ancient armoury and anyone who wishes can see and appreciate the wonderful pieces it contains. The readers have the right to express their personal opinion in a separate publication. I shall be glad if the collection enters the bibliography and by the work here presented I have opened fruitful future research.